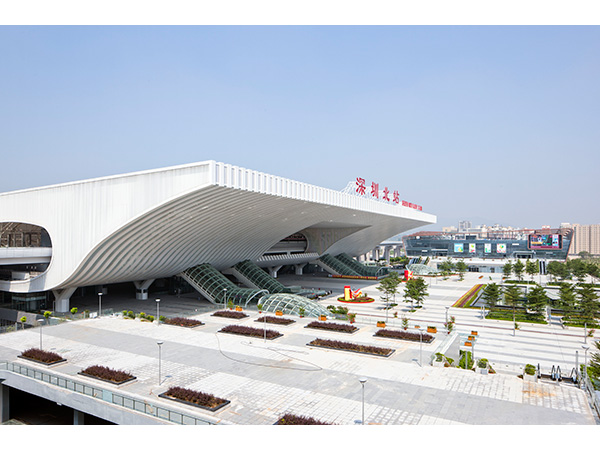 (Essen, 20.08.2014) To date, ThyssenKrupp Elevator has sold more than 7,000 units of passenger transportation equipment, and services over 2,600 units related to metro and rail infrastructure projects across the Asia Pacific region. The company is poised for continued growth in tandem with the area’s boom in building metro and railway lines.

In the last decade, the construction of metro systems and rail networks in the Asia Pacific region has kept pace with the area’s unprecedented urbanization. With China leading the way, public rail transportation across Asia is rising to world-class standards as countries including Korea, Thailand and India focus on investing in their cities’ infrastructure.

ThyssenKrupp is seizing this momentum and has been on a fast track of expanding its business in this thriving market segment. To date, the company has sold more than 7,000 units of passenger transportation equipment, including elevators, escalators, and moving walks, to metro and railway projects across more than 21 Asian cities. ThyssenKrupp Elevator branches are also servicing over 2,600 units installed in metro and railway systems in the area.

«With mega as well as medium-sized cities across the Asia Pacific region vying to construct rail systems and alleviate their cities’ traffic congestion, we expect continued growth in this dynamic market segment,» said Andreas Schierenbeck, CEO of ThyssenKrupp Elevator AG.

Since elevator and escalator access to train platforms is now indispensable for providing commuter convenience, ThyssenKrupp has successfully captured a substantial share of this rail transit market segment. The company is able to provide the safest and most reliable solutions and services designed for rail systems, as illustrated by its 65 escalators in stations of Beijing Metro Line 15 operating at an amazing 99.99 percent availability rate in 2013.

Shenzhen North Station is located in Shenzhen Bao’an District about 10 km from the downtown area of Shenzhen. Shenzhen Metro Line 7 connects the residential communities with urban commercial and business districts China – leader of the Asian boom
When all metro projects approved by the government are built, a total of 38 Chinese cities will have at least one rail line by the year 2020. Currently, more than 180 Chinese cities have 1 million inhabitants. It has been estimated that by 2025 this figures will increase to over 240 so that there is huge further potential for infrastructure projects.

ThyssenKrupp Elevator has supplied approximately 1,000 transportation units across Beijing’s metro system, which has come a long way since subway construction began there in 1965. The metro network in China’s capital city has now grown to 17 lines, carrying over 10 million passengers on an average weekday. During rush hour, trains run at an impressive interval of just over 2 minutes.

The latest order ThyssenKrupp secured from Beijing Metro is for the supply of 329 heavy-duty escalators to Line 14. The company is the exclusive escalator supplier to this entire line, and the new installation is scheduled for completion by the end of 2015.

In Chongqing, an important transport hub positioned at the confluence of the Jialing and Yangtze rivers in southwest China, ThyssenKrupp Elevator has provided the city’s metro system with about 800 units of transportation equipment. Chongqing municipality has a population of approximately 30 million and a surface area comparable with the whole of Austria. The city’s first metro line opened in 2004, and a network of up to 18 lines is in the pipeline.

The company’s recent contract to supply the Shenzhen Metro with 137 escalators brings its total number of passenger transportation units in this southern city’s metro network to 888. The 137 escalators will be installed in 16 stations along Shenzhen Metro Line 7, which extends to 28 stations and 30.2 km, connecting densely populated residential communities with urban commercial and business districts. The installation is scheduled for completion by December 2016.

Last year, Hong Kong’s MTR Corporation awarded ThyssenKrupp its second major order, to supply 74 escalators for the Shatin to Central Link metro line. This follows a contract awarded two years ago for the supply of 71 escalators and 8 moving walks at the West Kowloon terminus of the Express Rail line, with a total area of over 380,000 square meters even larger than most airport terminals. Thailand – 500 km of new rails
Although Bangkok already has an extensive public transit system consisting of the BTS SkyTrain network, the MRT with elevated and underground lines, as well as a dedicated Airport Rail Link, the city is continuing to expand its rail transit network to a length of approximately 500 km (more than 300 miles), in order to alleviate its congested road traffic. ThyssenKrupp completed its first escalator installation for the SkyTrain in 1999, and the Thai capital’s rail transit operators have, to date, ordered more than 600 units of the company’s elevators, escalators, moving walks, and platform lifts.

Korea – 40% of its inhabitants travel by public transportation
In South Korea’s capital, daily passenger numbers in the subway system have grown from 230,000 when the first line opened in 1974, to the current 4 million, accounting for about 40 percent of Seoul’s 10 million inhabitants. During the 1990s, Seoul embarked on a dedicated project to expand its subway network, resulting in additional lines and over 160 km (almost 100 miles) of new rail track. ThyssenKrupp’s elevators and escalators have gained a significant presence in the city’s rail transport network, with 275 units installed along a single line – Seoul’s Metro Line 9. The company has also recently renewed its five-year service contract for these units.

Urbanization will foster future growth
By 2050, urban populations will account for nearly 70% of the global total, meaning that there will be a 2.5 billion increase in the number of city inhabitants, with the vast majority of growth expected in Africa, South America, and Asia. As the move to cities increases at this rapid pace, efficient urban planning and infrastructure development are key factors in ensuring successful urbanization. Leading global companies like ThyssenKrupp are investing in the development of new technologies to contribute to the elevation of urban mobility to new levels.

About ThyssenKrupp Elevator
The Elevator Technology business area brings together the ThyssenKrupp Group’s global activities in passenger transportation systems. With sales of 6.2 billion euros in fiscal 2012/2013 and customers in 150 countries, ThyssenKrupp Elevator is one of the world’s leading elevator companies. With more than 49,000 highly skilled employees, the company offers innovative and energy-efficient products designed to meet customers’ individual requirements. The portfolio includes passenger and freight elevators, escalators and moving walks, passenger boarding bridges, stair and platform lifts as well as tailored service solutions for all products. Over 900 locations around the world provide an extensive sales and service network to guarantee closeness to customers.