“We are happy about the double”, says Les Fish, Managing Director of Ziehl-Abegg UK. The company has won two coveted RAC Cooling Industry Awards. The newest radial fan ZAbluefin has convinced the jury in the categories “Air conditioning product of the year” and “Air conditioning innovation of the year”. The judges liked the company’s strategy of borrowing from nature to achieve better environmental performance.

Almost 500 of the refrigeration and air conditioning industry elite came together for a night of recognition and celebration of the sector’s achievements in the London Hilton hotel. A few weeks before Managing Director Les Fish and André Mueller from product management presented to the jury the innovative fan. It is used in climate control equipment and industrial ventilation systems.

Air conditioning product of the year: components and peripherals
In this category the jury seeks to highlight those accessories, tools and component that play a vital role in the cooling process, but all too often lose the limelight to bigger units and systems. The judges here were particularly pleased with the decision as it enabled them to rave over the design philosophy behind Ziehl-Abegg’s ZAbluefin fan. The fan has certainly created waves among Cooling judges this year with its borrowing from the natural world to solve engineering issues. The judges enthused: “Studying nature is a breakthrough way of applying the development of technology.”

The ZAbluefin borrows its innovation from not only one natural phenomenon but two. The serrations and nodules inspired by owls and whales alike help to make the fan more efficient and quieter in operation. But the judges also appreciated the evolutionary process that is necessary with such workhorse components as fans, saying: “We were impressed by the level of R&D development of many small incremental changes to an already previously innovative product.”

Air conditioning innovation: components and peripherals
The components and peripherals category is often one of the most diverse fields, and this year was no exception, with software platforms rubbing shoulders with additives and physical components. In the end the laurels went to manufacturer Ziehl-Abegg, which has imaginatively sought to take inspiration from the natural world in order to solve its engineering challenges. In the ZAbluefin, as it seeks to reduce air turbulence, the company has derived its impeller blade design from an area we can confidently assert has been unexplored to-date by cooling Specialists: the fins of humpback whales. The blade incorporates serrations built around the principles of the ‘tubercles’ found on the leading edge of the whale’s fins. These enhance the air movement across the five blades, the manufacturer says. The combination of this with the company’s ECblue second-generation IE5 motor makes for an energy efficient combination in the fan. As if one nature-inspired design wasn’t enough, the blades have trailing-edge serrations, which are based on owls’ wings. Here the goal is the noise reduction that owls achieve in flight. As a result, on the suction side ZiehI-Abegg has achieved what it says is a ‘massive’ reduction of 6.3 dB(a) while the discharge side sees a significant reduction of 4.7dB(a). This means that these fans can be used in noise-critical applications.

Judges liked the company’s strategy of borrowing from nature to achieve better environmental performance. The fact that the moulded impeller blade is also fully recyclable added to the appeal.

How it works
“We reduce the carbon footprint of the fan significantly”, explains Les Fish. To further reduce CO2 emissions, the humpback whale served as the model for the latest composite material fan development which also incorporates Biomimicry features of owls. This improves the carbon footprint equally in two ways: through a significant reduction in the material used as well as lower energy consumption when operating.

How it works: Evolution has optimised the flow efficiency of the humpback whale overall in such a way that, despite its body size, it is considered a very good and agile swimmer. If this had not been the case, it would also have been unable to make its long journeys through the world’s oceans without having to feed. The latest generation of centrifugal fans at Ziehl-Abegg is now benefitting from this knowledge of Biomimicry.

The air flow in centrifugal fans hits the fan blades at different angles, depending on the volume flow. The whale has to overcome similar challenges when swimming in the sea: the movement of the fins causes their angular position to constantly change. If its pectoral fins were to be positioned at too steep an angle to the opposing current, strong turbulence would result in the water separating from the fins. “High flow losses and noise are characteristic features of strong turbulence” says Dr. Walter Angelis, Technical Director at Ziehl-Abegg. The design of the fins on a humpback whale has been optimised over millions of years. That’s why the leading edges of the whale fins contain golf ball-sized nodules (technical term: tubercle). This allows an animal weighing 25 to 30 tons to swim very quickly and nimbly using its long pectoral fins. “We recreated this aspect at the leading edge of the fan blades and implemented it in the form of a rippled surface,” explains Angelis.

The flow engineers also took a closer look at the whale’s tail fin, the «fluke.» The V-shaped contour of the tail fin section delays any potential flow separation ¬– which enables the fan to be used for numerous pressure ranges. The latest generation of centrifugal fans at Ziehl-Abegg is now benefitting from this knowledge of Biomimicry. The product name ZAbluefin is based on the English word “fin”.

About Ziehl-Abegg
Ziehl-Abegg (Kuenzelsau, Baden-Wurttemberg, Germany) is one of the leading global companies in the field of ventilation, control and drive technology. Back in the Fifties, Ziehl-Abegg established the basis for modern fan drives: external rotor motors which even today are still seen as state-of-the-art worldwide. Another area of business is electric motors which provide the power, for example, for elevators, medical applications (computer tomography equipment) or deep-sea underwater vehicles. The theme of electro-mobility for motor vehicles was established as part of the Ziehl-Abegg Automotive Team in 2012.

The high-tech company has an impressive innovative capability. Ziehl-Abegg (all numbers refer to the year 2018) employs 2,250 personnel in its production plants in Southern Germany. The company has a global workforce of 4,100 spread between 16 production plants, 29 companies and 111 sales locations. The products, approx. 30,000 in all, are sold in more than 100 countries. Turnover totals 583 million euros, with exports accounting for three quarters of the figure.

Emil Ziehl founded the company in Berlin in 1910 as a manufacturer of electric motors. After the Second World War the company’s headquarters were relocated to Southern Germany. Ziehl-Abegg SE is not a listed company but instead is family-owned.
For more information go to www.ziehl-abegg.com 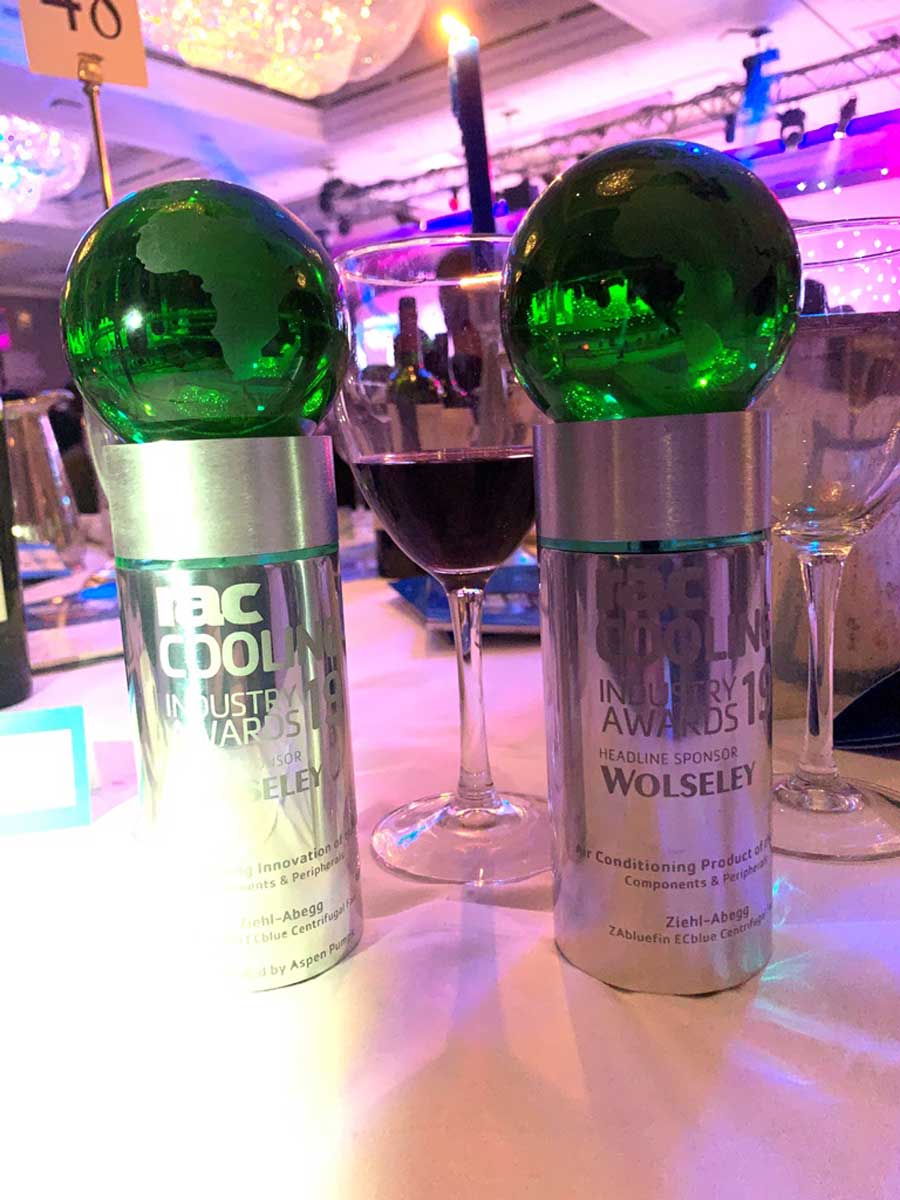