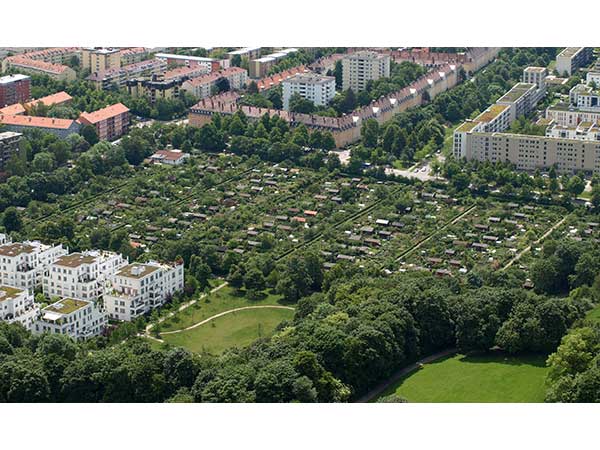 As rapid global urbanization continues to rise, cities around the world are looking to more and more radical ways to solve issues such as social inequality and climate change in modern urban spaces.

According to the UN, 54 percent of the world’s population live in cities whilst this is set to increase to 66 percent by 2050, this compares to just 30 percent in 1950. This has seen a growing increase in urban experiments around the world and is changing the way cities are being built and regenerated.

Dr Andrew Karvonen, an expert in architecture and urbanism at The University of Manchester, said: “The concept of urban experimentation is being used to reshape debates about building and regenerating to incorporate arguments around resilience, climate change and governance. Due to growing populations and the demand this puts on resources and infrastructure, cities are looking at many different ways to accommodate such rapid expansion.”

Examples of such experiments range in scale and size, from a city district or neighbourhood to an entire conurbation or region. These include ecological housing developments in Santiago, Chile, and a community garden for social learning in Berlin, to the $16 billion Masdar City project, in the United Arab Emirates (UAE) that aims to be carbon neutral and serves pioneer low-carbon technology.

Such experimental activities are seen as compelling because they embrace notions of innovation and creativity. But is this experimentation always helping solve real-life problems or are some regeneration developments expensive vanity projects by a growing number of urban elites?

Dr Karvonen added: “Advocates of experiments see these activities as an enticing way to realise genuine and tangible transformation of the contemporary conditions in cities. Meanwhile, sceptics suggest that urban experiments are simply window dressing activities by the dominant elites that do little to effect change.”

Now, for the first time, a group of 32 social and urban researchers from the UK, the Netherlands, Sweden, India, Australia, and the US have come together to give unparalleled insights into contemporary urban experimentation in a book called The Experimental City.

With contributions from leading scholars, and case studies from the Global North and South, from small to large scale cities, this book suggests that urban experiments offer novel modes of engagement, governance, and politics that both challenge and complement conventional strategies.

Dr Karvonen added: “This book seeks to contribute a deeper and more socially and politically nuanced understanding of how urban experiments shape cities and drive wider changes in society, providing a framework to examine the phenomenon of urban experimentation in conceptual and empirical detail.”

The University of Manchester
The University of Manchester, a member of the prestigious Russell Group, is the UK’s largest single-site university with 38,600 students. It has 20 academic schools and hundreds of specialist research groups undertaking pioneering, multi-disciplinary teaching and research of worldwide significance. The University is one of the country’s major research institutions, rated fifth in the UK in terms of ‘research power’ (REF 2014), and has had no fewer than 25 Nobel laureates either work or study there. The University had an annual income of £1 billion in 2014/15. Visit www.manchester.ac.uk