The company Fantini is situated in a truly magnificent location on the banks of Lake Orta. An exceptional place that is probably without equal and where the need to maintain a balance between the presence of the factory and the unique surrounding nature presented a major challenge, and it was for this reason that the project to enlarge the company was both complex and very delicate.

Designed by the architect Piero Lissoni, it represents a striking and very innovative example of how industrial buildings can be successfully integrated into the natural landscape.

The premise of the project was to reorganize both the company’s production processes and logistics to incorporate lean manufacturing systems together with the R&D department that was brought inside the company so as to safeguard technical and design know-how.

Enhancement of side facing the lake formed the basis of the architectural project, an aspect of the factory and offices that had never previously been addressed.

Some of the key functions of the company such as the offices and showroom have been placed on the lakefront, the large glazed surfaces establishing a symbiotic relationship with surroundings and a physical and visual continuity between the exterior and interior. 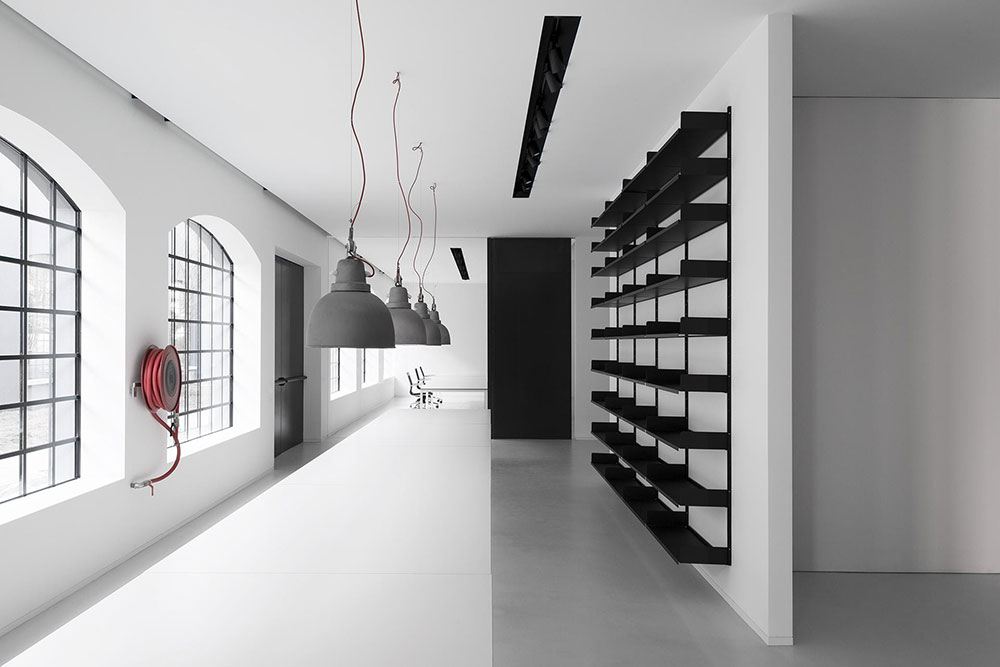 The principal choices regarding the architecture and materials were made starting from the desire to integrate the existing industrial buildings into the surrounding environment with a project capable of creating an overall visual harmony and establishing an architectural homogeneity between the pre-existing buildings that had been constructed at different times.

The dark grey U-Glass cladding chosen to cover all the surface of the walls is like a ‘skin’ that confers continuity and visual cleanliness to the complex and the two main blocks of the factory and integrates naturally into the landscape.

A key element of the project was locating the reception in the central area with respect to the new layout in order to better manage the flows of employees and guests.

From the company entrance to the reception, a long walkway dialogues with the water, flanking the river and proceeding onwards towards the lake, where there is also a private jetty.

The industrial character of the architecture is clearly visible outside in the choice of materials: raw reinforced concrete and slabs of concrete for the walkway.

The green pergola that covers the path dividing the two factory blocks has the function of integrating natural elements into the industrial architecture.

Painted in dark grey, the distinctive nature of the pre-existing industrial buildings on the lake front has been maintained, while the luminosity of white, of the light-coloured resin and the transparency of the large glass surfaces dominate the interiors of the offices and showroom which lead to the garden that commands a wonderful view of the lake and the island of San Giulio. 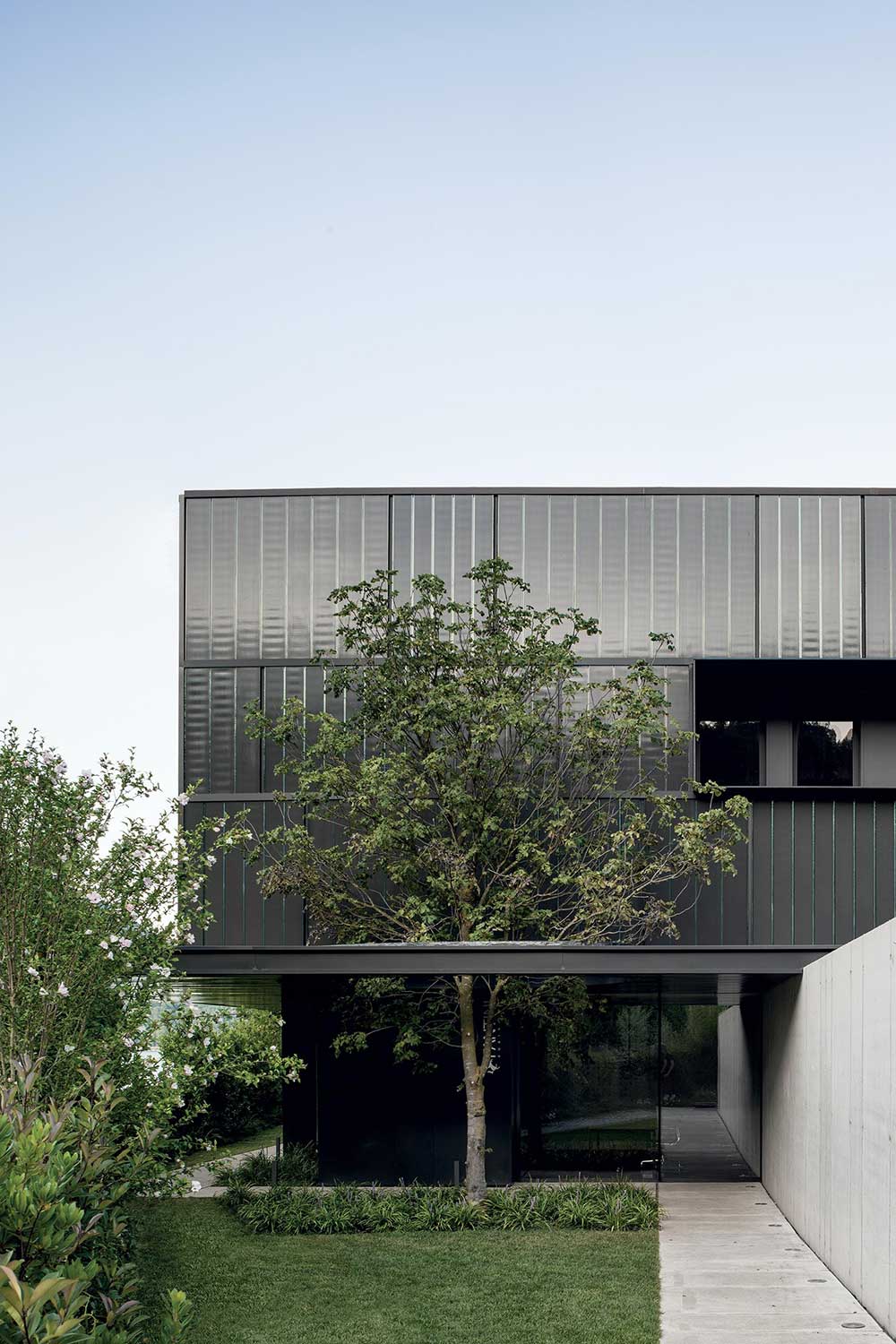 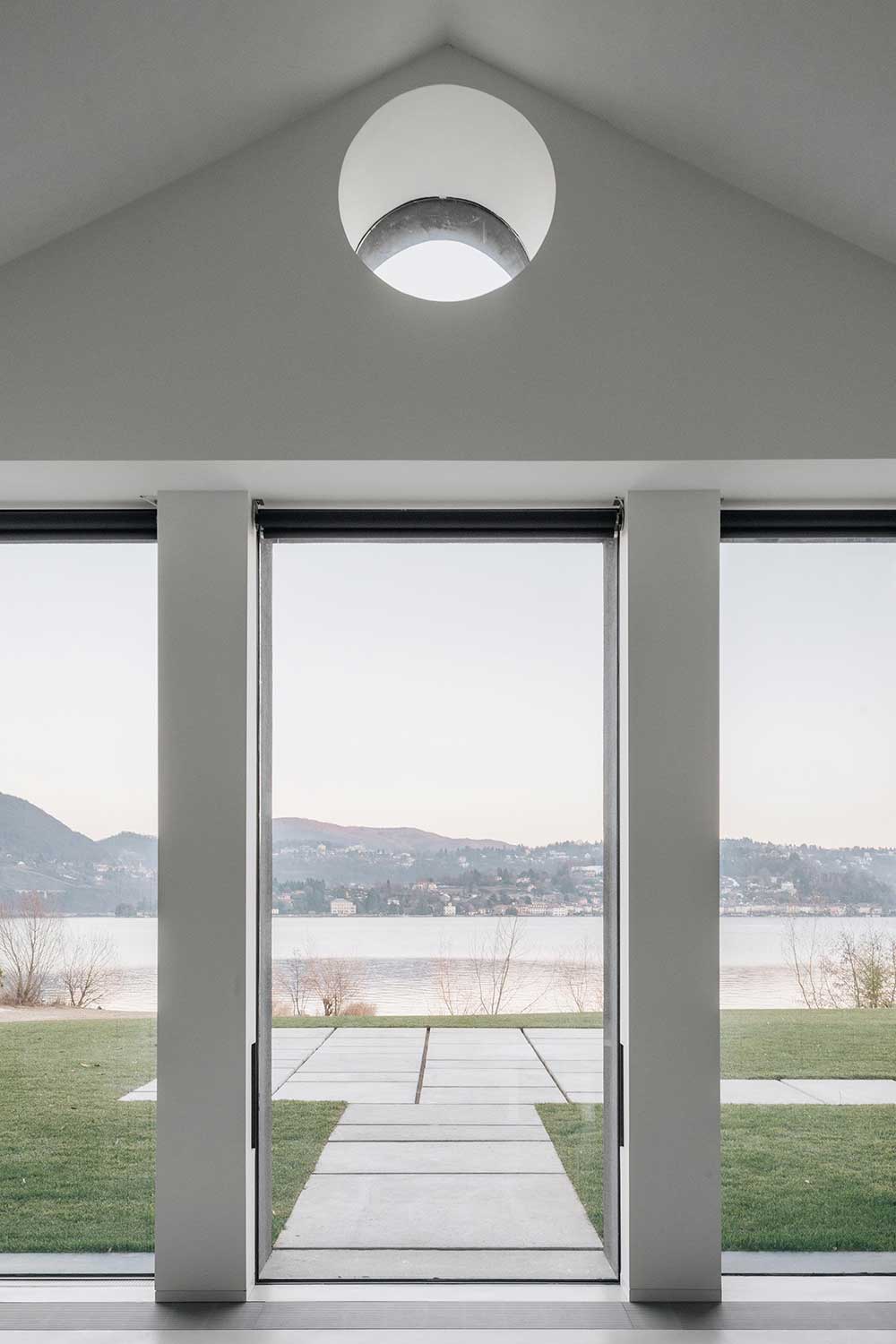