The winners have been announced for the Maré-Cidade International Student Competition organised on the occasion of the 27th UIA World Congress, originally set to take place in Rio de Janeiro, Brazil this past July, but postponed to July 2021.

Organised by the Institute of Architects of Brazil (IAB) with the support of the International Union of Architects (UIA) and UN-Habitat, the competition sought sustainable design solutions for the integration of the Maré-Cidade, one of Rio de Janeiro’s largest informal settlements, to the city of Rio. Located between an important and busy highway (Avenida Brasil) and a cluster of favelas (Complexo da Maré), the competition site is currently occupied by abandoned or disused warehouses and industrial buildings. Projects were required to correspond to UN Sustainable Development Goal 11: «to make cities inclusive, safe, resilient and sustainable». 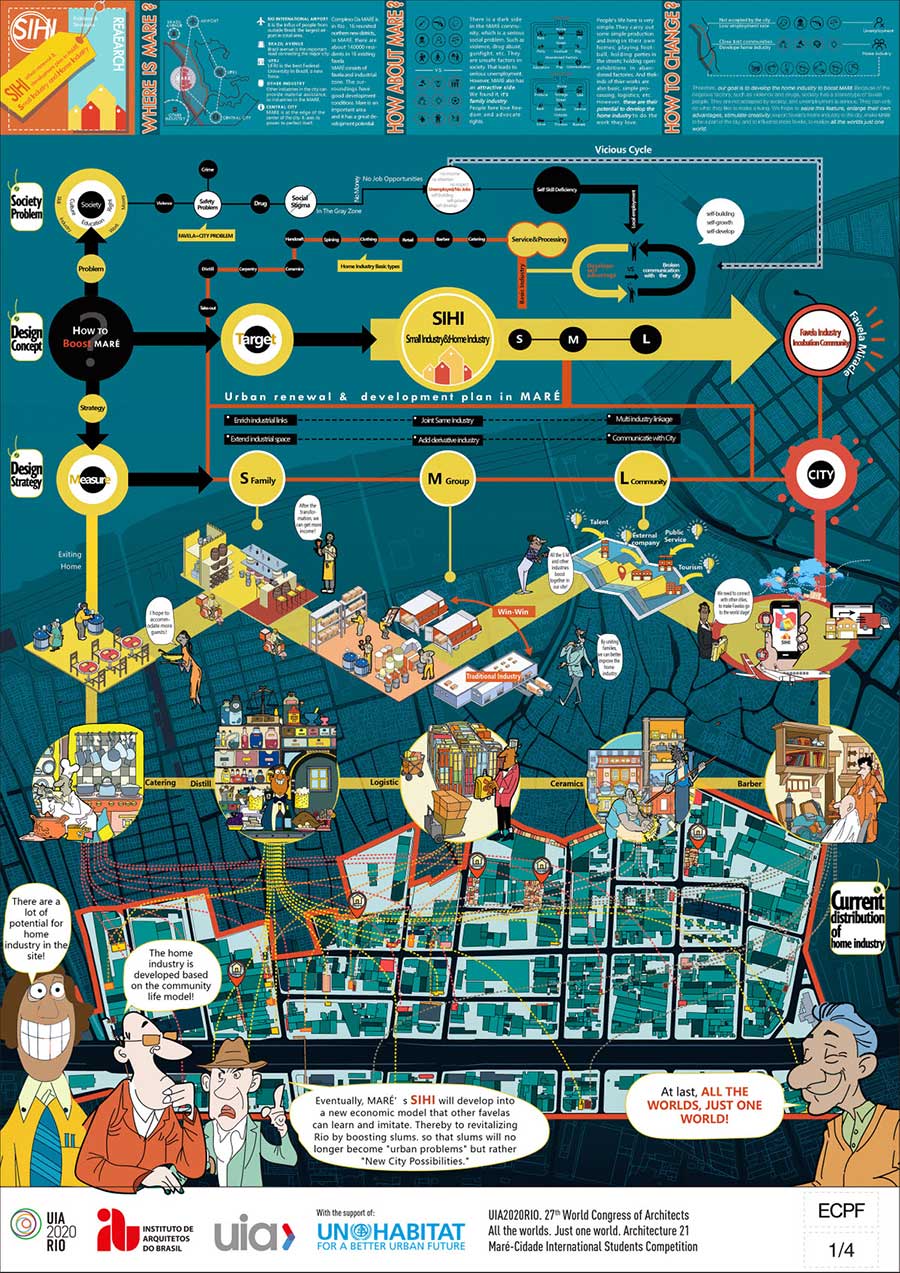 Under the direction of Jury President Gustavo Utrabo and Jury Secretary Nadia Tromp, 28 projects were shortlisted and the jury held its final online deliberation on 2 October 2020.

The jury awarded First Prize to Zhao Yuanchen with co-authors Ma Yue and Wu Wanling under the direction of advisors Li Hao and Wu Shanshan from Xi’an University of Architecture And Technology (China). The jury praised the winning entry, “SIHI — Small Industry & Home Industry” for its graphic creativity, practicality and cost-effectiveness as well as its “refreshing approach” which “demonstrated a good understanding of the local eco-systems – economy – social – identity.” 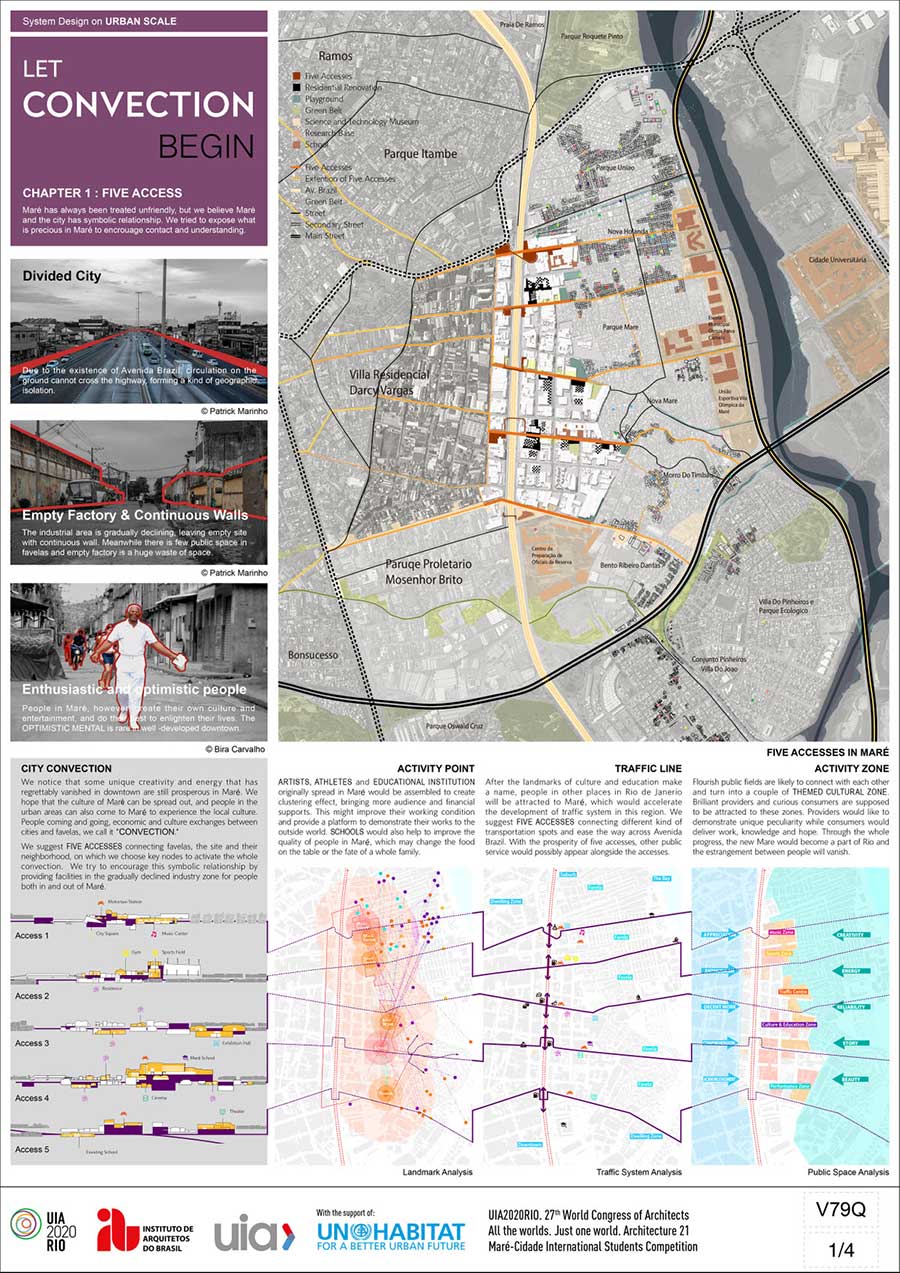 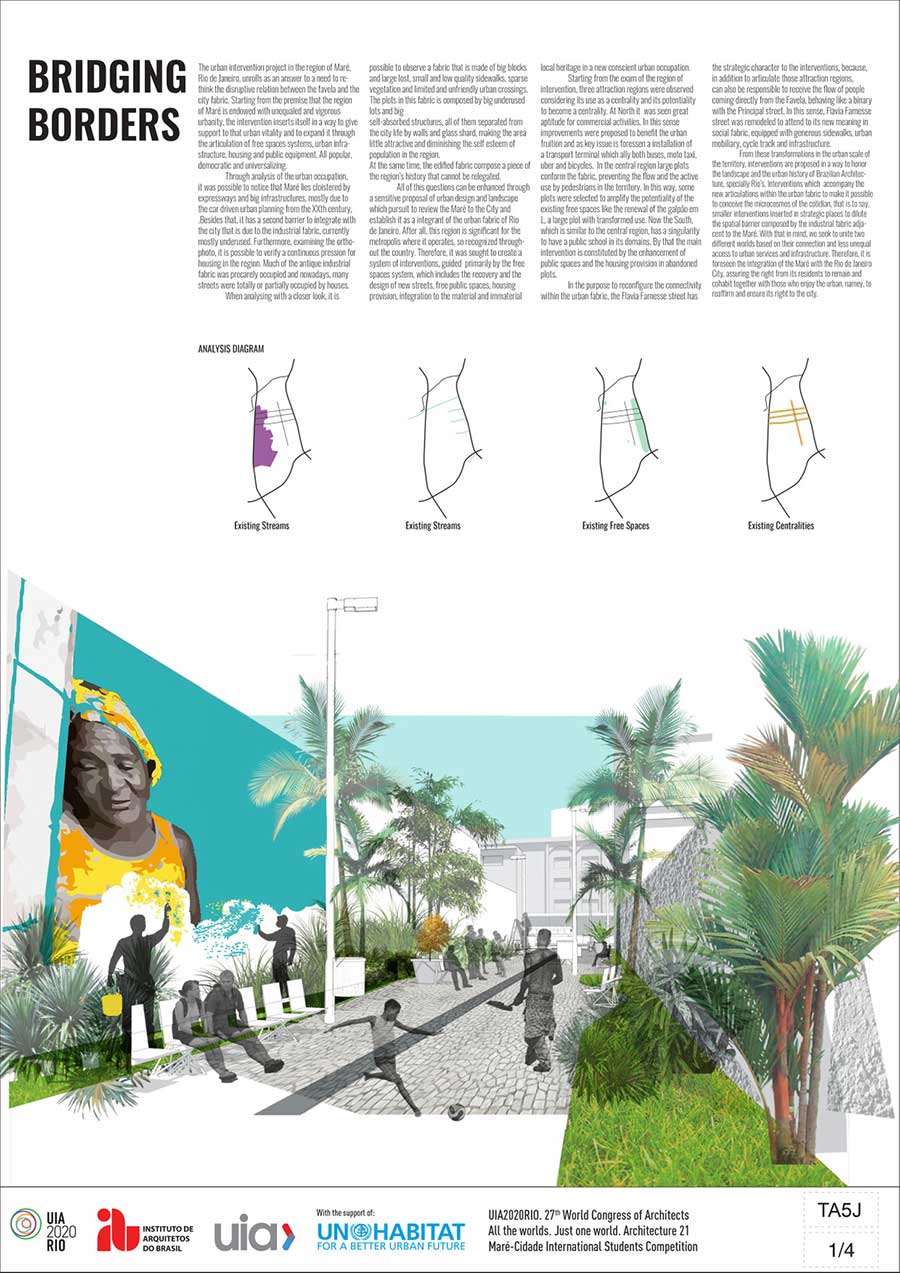 For Second Prize, the jury selected the project, “Let convection begin”, by Xiangru Zhao and co-authors Yipin Wang and Liyuan Liu under the direction of Zhongqi Ren from Beijing University of Civil Engineering and Architecture (China) for its rigorous approach to urban planning and a good understanding of place. 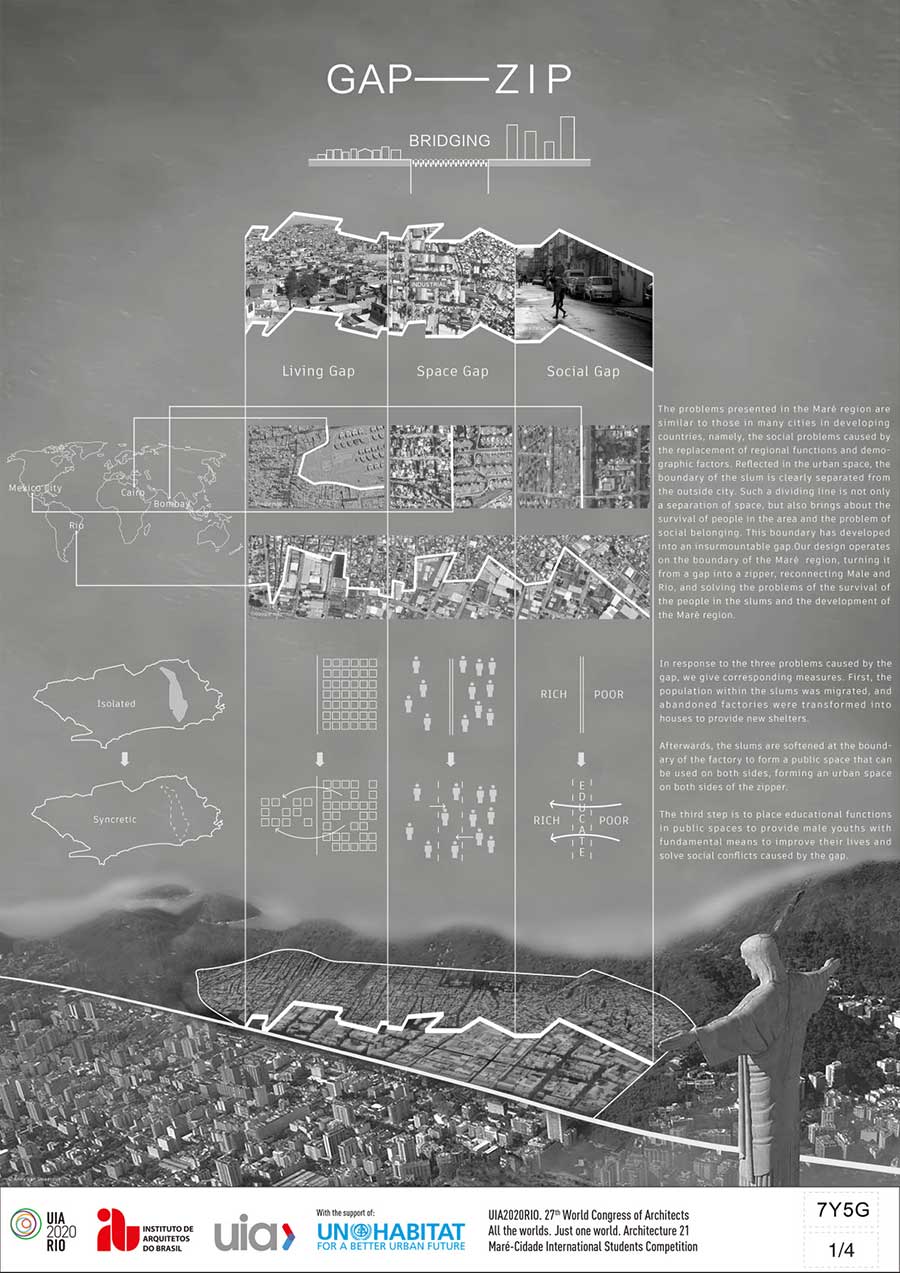 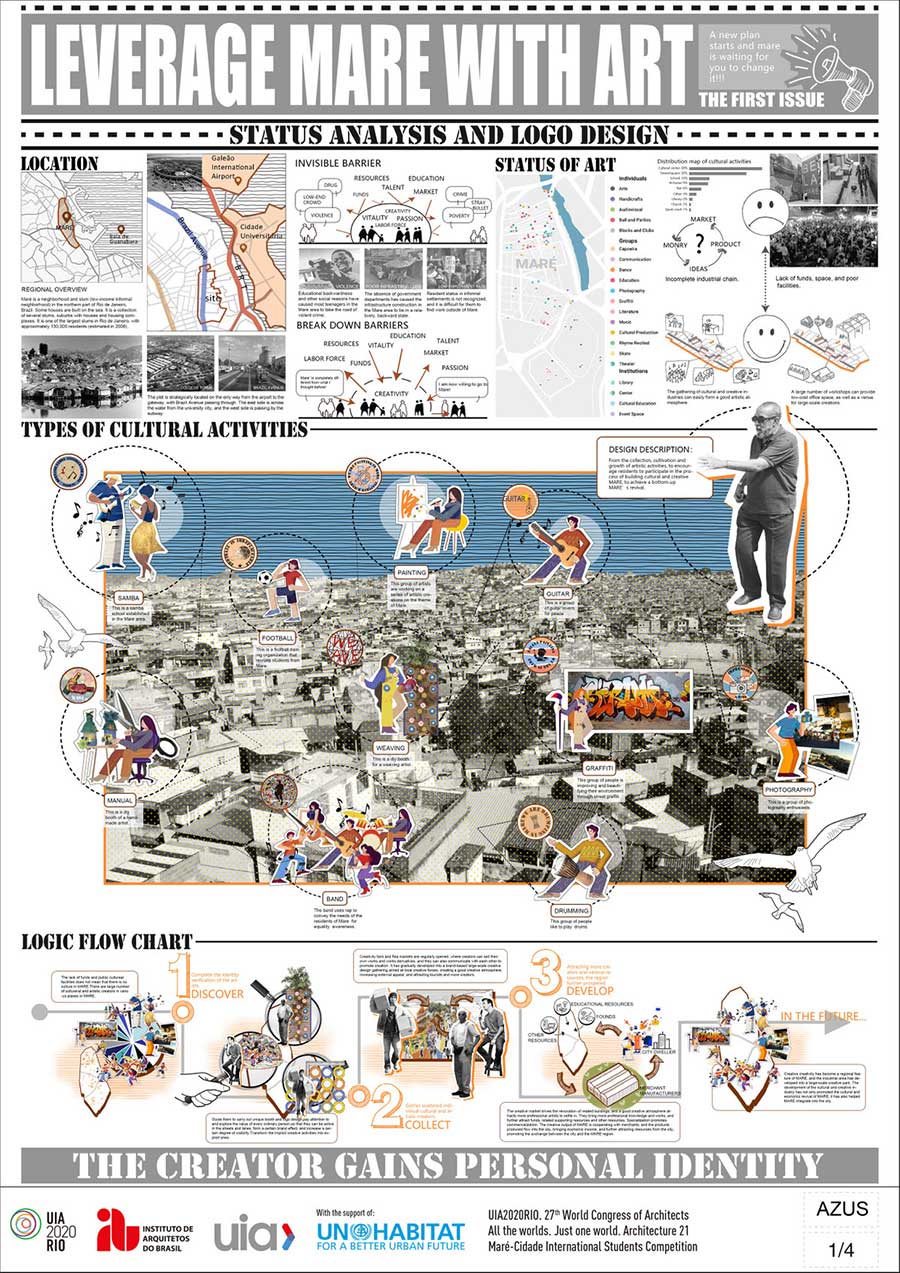 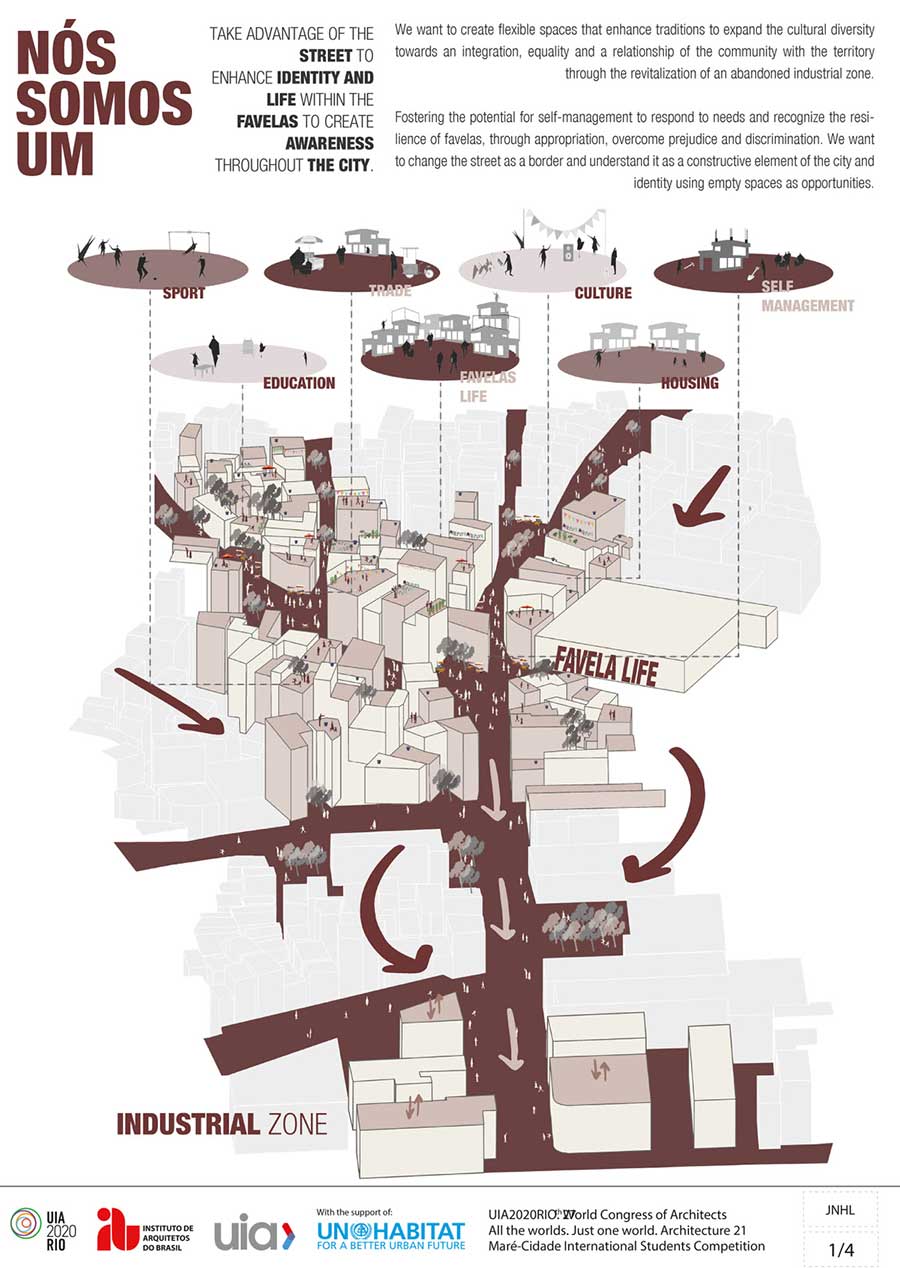 • The Roberto Burle Marx Prize: “Leverage Maré with art” by Cui Xuqiu with co-authors Yang Yubu and Gao Ruiyi under the direction of Li Hao and Wang Moze, Xi’an University of Architecture and Technology (China)

The prize ceremony is scheduled to take place in Rio de Janeiro, Brazil on the occasion of the 27th UIA World Congress of Architects, 18-22 July 2021.

All the prize-winners will be attributed MIDO watches, thanks to the UIA’s longstanding partnership with MIDO.