Danish architect and urban design consultant Jan Gehl is recognised worldwide for his commitment to people-centered, humanistic urban planning. Born in Copenhagen, Denmark on 17 September 1936, his career has focused on improving the quality of urban life by re-orienting city design towards the pedestrian and cyclist. A founding partner of Gehl Architects, he was awarded the UIA’s Patrick Abercrombie Prize in 1993 for Town-Planning or Territorial Development. In 2020, he celebrated his 60th anniversary as a practicing architect.

Your career has focused on urban centres. What do you find interesting about cities?
My career has centered on studying how people use cities and how we can make much better cities for people if we know how life is influenced by the physical form. First, we form the cities, then they form us. The titles of my books tells precisely what I have worked with: Life Between Buildings (1971), Public Spaces – Public Life (1996), New City Spaces (2000), New City Life (2006), Cities for People (2010), How to Study Public Life (2013). 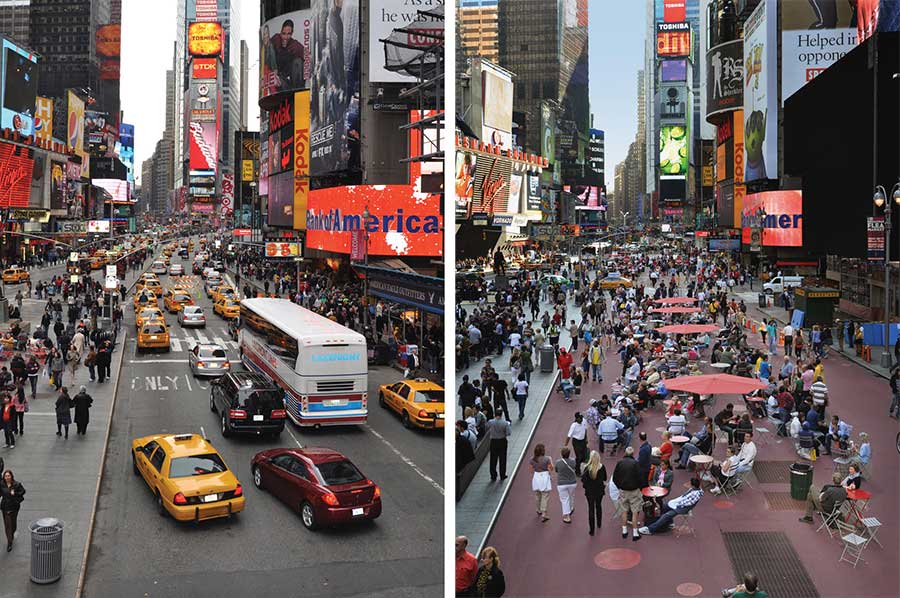 What changes have you observed in urban planning since 1993, when you won the UIA’s Patrick Abercrombie Prize?
Ever since the reaction to Modernism and Car-Invasion started around 1961 (with the book, Death and Life of Great American Cities, by Jane Jacobs), there has been a gradual change towards a city planning based on humanistic values. First, it was indeed very slowly (and happening mostly in Europe, foremost Holland and Denmark). Later, this trend of humanizing cities spread to many other parts of the world, and especially after 2000 or in the past 20 years, we can see a strong tailwind for this direction in city planning. Copenhagen was a pioneer in all this starting in 1962, and by now they have come a long way towards a livable city. They are even so kind as to attribute my research at the Architecture School as a major source of reason for this pioneer status. Other major city projects I have been involved in are nearly all after 2000. Adelaide 2002, Melbourne 2004. Sydney 2006, London 2004, New York 2007. Moscow 2012. The company, Gehl Architects, was started in 2000 because there was too much to do. More people were needed. Now the office has 80 people in 3 offices in Copenhagen, New York and San Francisco.

Indeed, the tailwind has been strong after 2000. Earlier on there was quite a bit of headwind.

What are your three ingredients for resilient, healthy, diverse and affordable cities?
I have in my book, Cities for People, tried to collect all the matters from my 40 years of research in a sort of handbook. I strongly believe that caring for “People”, pedestrians, public life and bicyclists, is a policy which will address all the issues mentioned, and it is the cheapest you can do, and it can easily be used in all parts of the world, rich or poor. And you can start right away. The book is out in 37 languages by now.

In light of the anxiety surrounding public spaces following the COVID-19 epidemic, how do you see the future of people-centered, humanist urban planning?
Basically, I see the Covid pandemic as a case for the doctors. History has told us that health problems concerning bacteria and vira have been addressed successfully by the doctors rather than by architects. What we architects and planners can successfully address may be all the society-related health problems: traffic accidents, life style diseases, sitting syndrome, loneliness, delineation and so on. These issues we can and must address as architects.

UIA
The International Union of Architects (UIA) is an international non-governmental organisation based in Paris. Established in 1948, it is the only organisation representing architects across the globe working to unify architects, influence public policies on construction and development, and advance architecture in service to the needs of society.